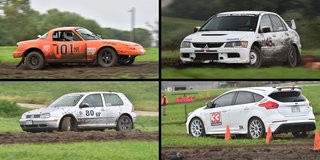 RallyCross is the SCCA’s most widespread and readily accessible form of extreme dirt motorsport. The activity is a scaled-down version of a rally stage laid out on a non-paved plot of land where the course is delineated by traffic cones instead of trees or rocks. Participation requirements are considerably less than those associated with other forms of performance rally, so drivers usually only need a mechanically sound, hardtop vehicle and a helmet to come play in the dirt. For additional information on DirtFish SCCA RallyCross, visit https://www.scca.com/pages/i-want-to-rallycross.