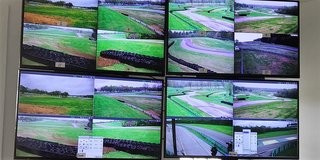 Nothing takes the wind out of a driver’s sails like a double yellow. Racers live to race—not circulate slowly while someone else’s bad day is cleared away. Despite racecars becoming more reliable than ever before, the use of Full Course Yellows (FCYs) has increased over recent decades in the name of driver and worker safety.

So how do we, as racers and organizers, work together to minimize the occurrence and length of full course cautions? Many tracks have different policies, so for the purposes of this article, we’re going to focus on VIR with the Runoffs heading there this October.

Most of the time, an FCY is prompted by at least one racecar stranded in an unsafe location. This may seem obvious, but the easiest way to prevent FCYs is to not crash or have your car break down on course. This is where the onus is on the drivers and teams. Remember that if the session has stopped because of something that you might have prevented, the rest of your racing friends are looking at you with some level of frustration. Whether it was an ill-advised pass attempt, losing control of your car or trying to limp a sick racecar back to the pits without making it, these are things that can occasionally be prevented.

Most racetracks have “safe” areas marked on course if you need to pull off. Take some time to identify where these are each weekend. Hint: at VIR, the openings in the guard rail are painted orange!

A track like VIR has certain regulations in place that prevent safety teams from responding until the racing has been stopped, either with an FCY, Black Flag All (BFA) or something that they call Code 35 (similar to a Virtual Safety Car). This is because, in the track’s experience, some drivers do not slow adequately under localized yellows. This is a common theme we hear from many tracks and isn’t limited to SCCA racers. It’s something the driving community needs to improve on, but that’s not the purpose of this article.

For the Runoffs, SCCA will use FCY or BFA (or in rare occurrences, the red flag). With a goal of maximizing green flag time for qualifying and races, SCCA has taken several steps to help this process.

Some racetracks (like Road America, IMS, Utah) have permanent corner camera systems, but there are portable options now available. At the April Hoosier Super Tour at VIR, SCCA hired Race Track Engineering’s team to place cameras around the course that can be controlled remotely via an operator in race control. The cameras can rotate and zoom to help put more eyes on a situation. Primary eyes and assessment of incidents remains with the corner workers, but the cameras give a closer look, in some cases, and different angles (often elevated) that provide more information directly to race control. The objective of the camera system is to better assess if the situation needs immediate assistance and then what kind, be it from the nearby corner workers or emergency vehicles.

High-level professional series have used these setups for some time. Each camera has its own DVR, so anything that appeared on the camera can be reviewed after it happens. The pro series call penalties during races with this functionality, something that SCCA is not yet prepared to do real-time for the Runoffs. But having the camera views available afterward is beneficial in some protests or actions.

For 2019, SCCA will utilize as many as three different safety cars during the races, stationed at various locations around the track to dispatch and find the leader quickly. The sooner the field is gathered, the sooner cleanup can start, and racing can subsequently resume.

For qualifying, drivers may see something new as well, with the option for race control to dispatch a safety car instead of going BFA. This would gather the field quickly and then provide the opportunity to return to a green course more quickly with the safety car exiting the track at the auxiliary (south) pit lane or even the west side (back straight) of the Patriot Course. This allows racers the ability to start a new lap without needing a full out lap after the course goes back to green. If we don’t need to do an in lap or out lap, we could preserve up to five minutes of green flag time.

While additional tools or procedures can help these situations, keeping the track clean and green ultimately comes down to people. Officials, volunteer workers, track staff and drivers all play important roles in maximizing our time at speed.

We look forward to seeing everyone out at VIRginia International Raceway for what we know will be a fun and exciting National Championship. Registration is open now, so save your place today and begin preparations for SCCA’s first-ever Runoffs at VIR.