Meet The Club Racing Board: Part 3 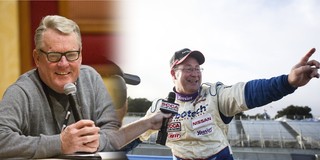 This article first appeared in the August, 2020 edition of SportsCar Magazine. Everyone can read the current and past editions of SportCar digitally here. To become an SCCA member and get SportsCar mailed to your home address monthly in addition to the digital editions, click here.

As I write this column in early June, the world of amateur motorsports has taken off! SCCA U.S. Majors Tour and Hoosier Super Tour racing has resumed with an event at World Wide Technology Raceway and the WeatherTech Chicago Region June Sprints, featuring nearly 500 entries, is only days away – coverage of both events even appear in this very issue.

In other news, the Club Racing Board (CRB) conducted its first-ever committee chairman conference call. This was a meet and greet with all of the CRB members, each committee chairman/secretary, and the technical staff. The main purpose of the virtual gathering was for committee members to get to know each other and to open the door for one chairman to be able to reach out to another class chairman for help or collaboration. The call was more than two hours long, and some excellent issues were revealed. I would like to thank Rick Harris for developing and running with this fantastic idea.

There will be more enlightening news from the CRB in future issues of SportsCar, but in the previous couple of columns I’ve introduced various CRB members. There are only two individuals left to talk about, so let’s finish what we started.

Joining for 2020, David Daughtery is the newest member of the CRB and is liaison to the American Sedan, B-Spec, and Super Touring committees. David became a member of SCCA in 1987 racing in Showroom Stock A. He has raced in various Showroom Stock and pro series classes, and one season in Sports Renault. David won his first National Championship Runoffs in 1993, and now has amassed a collection of 10 National Championships.

After an SCCA hiatus, David entered the 2013 Runoffs at Road America and learned about the B-Spec class. In 2014, he won the Touring 3 Runoffs and placed third in B-Spec. After the 2014 Runoffs, David focused his attention on helping B-Spec flourish. He went on to win the 2016 and 2017 B-Spec National Championships all while supporting the growth of the B-Spec classification. The hard work David and the B-Spec Committee put in paid off in 2019 with the largest B-Spec Runoffs field to date.

And, lastly, I introduce myself, CRB Chairman Peter Keane. I began my road-racing journey when I met Randy Pobst in the spring of 1988 and started crewing for his IMSA Firestone Firehawk team. Crewing for Randy ultimately led to autocrossing and then obtaining my Regional SCCA Road Racing license in 1990. I have competed in Regional and National SCCA racing in Improved Touring, Showroom Stock, Spec Miata, Super Touring, and Touring. I have also competed in several pro races and was the director of racing for the Mean Miata series (Circle Track).

I have been a crewmember for several pro racing teams with duties that included engineer, driver coach, data review, manager, spotter, and strategist over the last 32 years. For two years I was the technical director for two of the Trans Am classes. Finally, and probably the most fun I had in road racing was being one of the hosts of the internet-based Go Racing TV and The Racing Insiders on MAVTV and Motors TV UK.

With that, let’s go racing!